I really like pasta, and lately I’ve been eating the homemade kind. With homemade pasta, of course I need homemade sauce! The traditional garlic and oil was getting boring, and I don’t really love tomatoes, so unless they’re cooked for a really long time, I don’t like making sauce with them (sometimes I do, anyway). I do, however, like red sauces. And I really like pink sauces, and I used to only have them in restaurants. But now I’ve found a way to replicate the restaurant flavor at home…and it didn’t even take THAT long. True, the sauce had to simmer in the oven for an hour and a half, but if you have laundry to fold, a paper to write, or some TV to watch, then do it when the sauce is in the oven. Oh yeah, and you’ll definitely have to do some dishes, too. 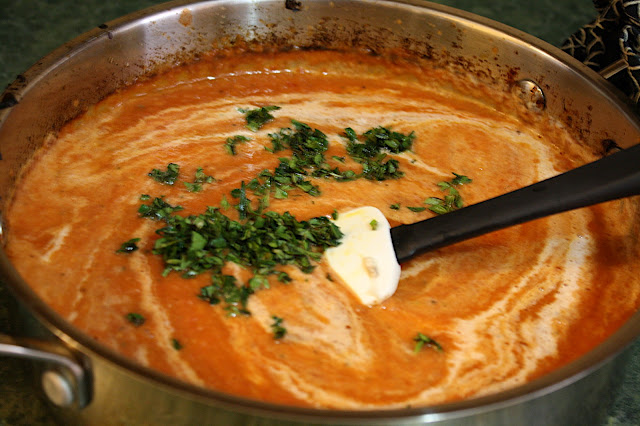 Mixing tomatoes with other flavors and simmering them changes their flavor and makes them the perfect company for pasta. Adding vodka to that sauce makes it even better. The addition of fresh herbs and heavy cream gives this recipe a restaurant-like quality. Want to impress your friends? Make this sauce.

You probably have most of the ingredients, anyway. 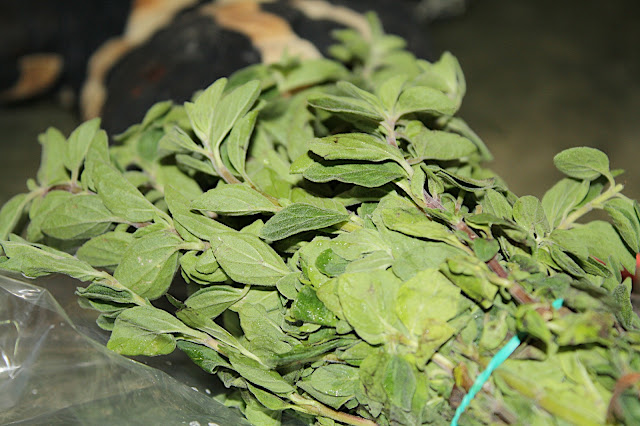 Oh, and fresh herbs. Delicious. I’m going to have to try this recipe AGAIN, but this time the correct way – that is, draining the liquid from the tomatoes! This time I was true to the recipe and used oregano, but next time I’m trying basil – I’ll let you know how that goes. 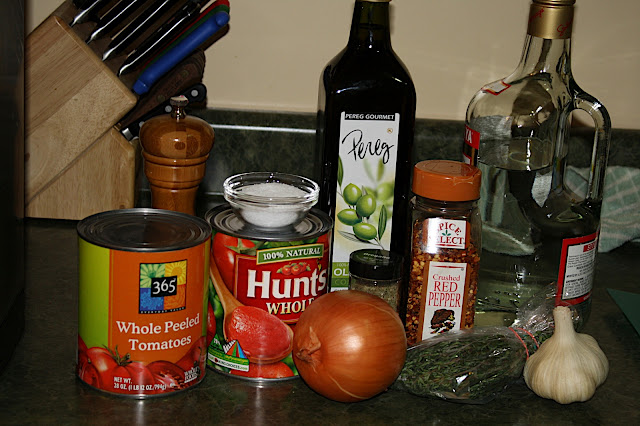 3. Drain the tomatoes (I skipped this step. The sauce is still delicious). Crush the tomatoes into the pan with your hand. Add two teaspoons of salt and a few grinds of black pepper.

5. Remove from oven and let cool for 15 minutes.

6. Blend the tomato mixture. Joseph and Ina use a blender and does it in batches. I did it with an immersion blender, much easier. You can probably do it in a food processor, too.

7. Reheat the sauce, add the fresh oregano and enough heavy cream to make the sauce creamy. Ina says to use between 3/4 cup and a cup. I didn’t even measure. 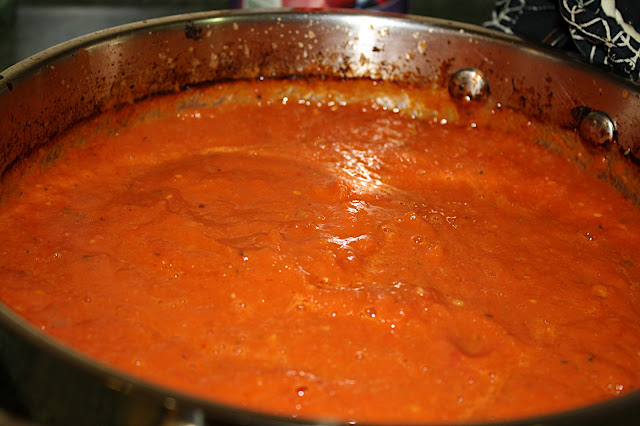 I didn’t eat this right away, but if you were going to, you should’ve cooked the pasta al dente right around the time you were taking the sauce out of the oven. Then toss the pasta in there and let it cook for another 2 minutes – serve with fresh oregano on top (and parmesan if you like smelly cheese).