When Ricky gave me a package of phyllo dough that he had defrosted and forgot to use, I brought it over to my sister’s house so we could make baklava together. 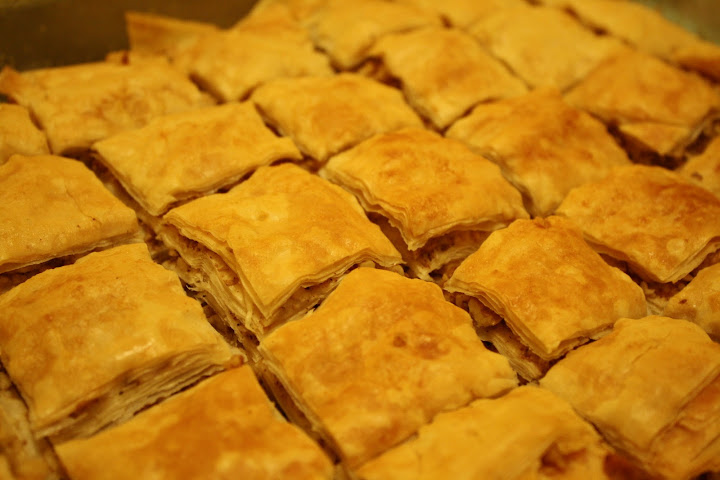 It was really hard to separate the dough, and I got pretty frustrated during the process. I don’t know if it was this particular dough, maybe it had been sitting in the fridge for too long, or maybe I’m just not good at separating thin sheets of sticky dough. But aside from that, I got the hang of layering dough, butter, and nuts. 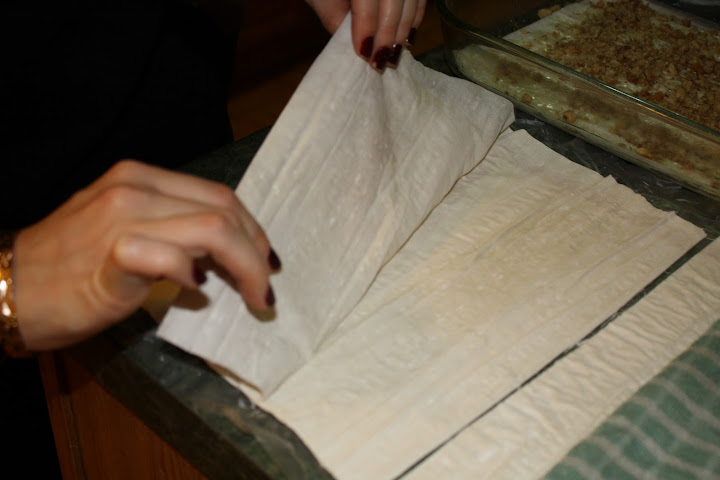 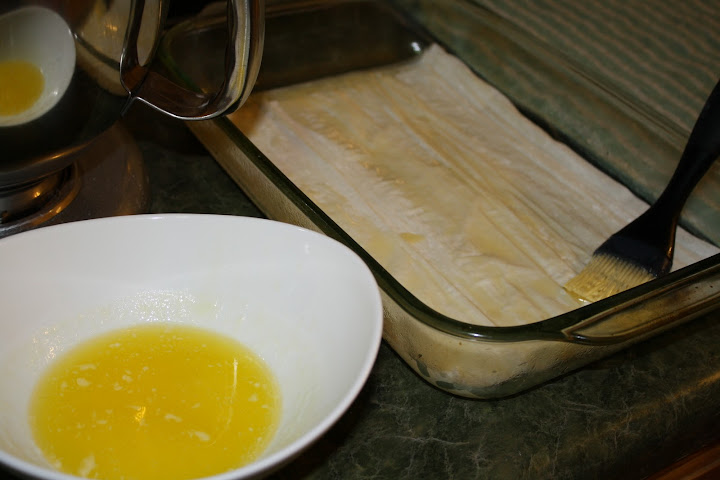 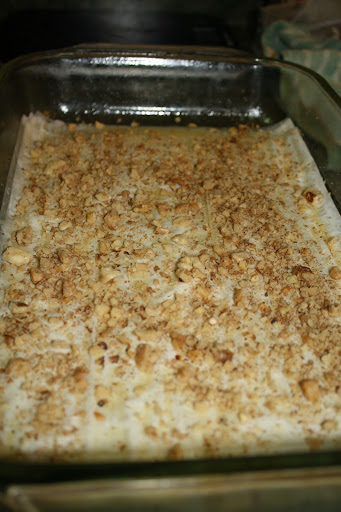 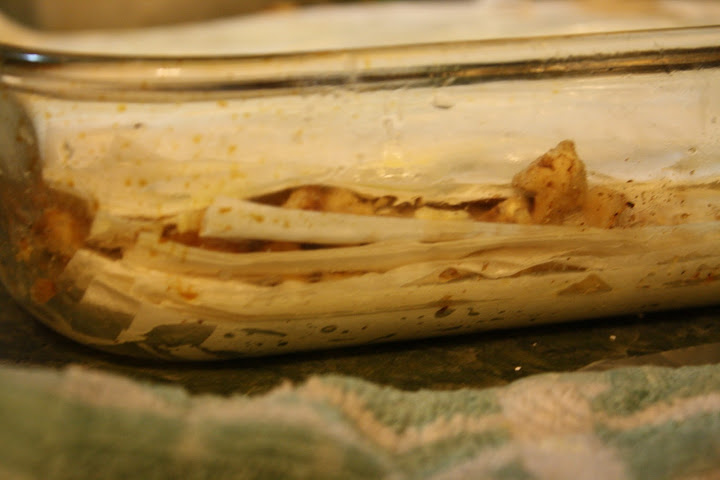 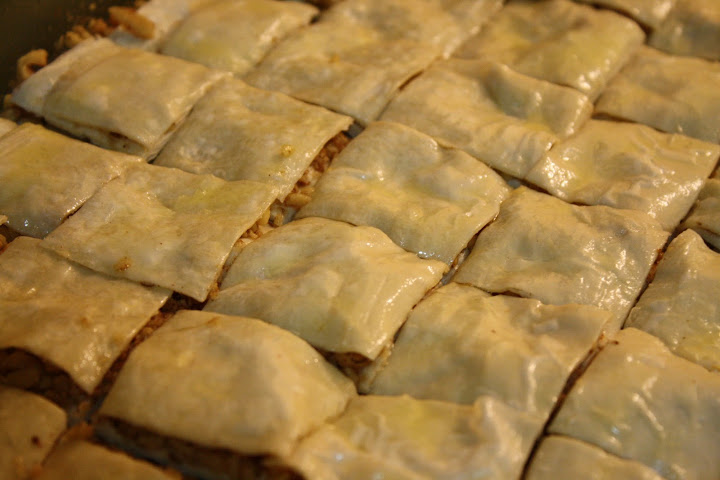 This dessert, despite the frustration accompanied by separating the phyllo dough, is a lot easier to make than it looks. Impress your friends with this flaky, buttery dessert! I know ours were impressed when we mentioned what we were baking; they didn’t even get a chance to taste it!